During the late spring of 2018 I was Sea kayaking off the west Coast of Scotland using a 4-season sleeping bag. This was warm but bulky and extremely frustrating every morning trying to get the bag repacked into the kayak. There was plenty of space within the bulkhead but getting the dry bag and the sleeping back which was compressed within, through the hatch was problematic.  This culminated in a torn dry bag and yes, a subsequent damp sleeping bag for several days.

Clearly for the rest of the season and expedition Sea kayaking I need a change of kit.  Remembering a conversation with Roger Chandler who was on his way around the Top of Britain at the same time, I set out to adapt my kit.  Now Scotland during April still produces below Zero temperatures and its important to have a good nights rest whilst on expedition.  The solution was rather simple but had not previously occurred to me in all my years of wild camping which is why I share it here.  All I needed to do was use my 3-season bag but also take a light weight bag with me and combine the two if it got really cold, simple but effective. 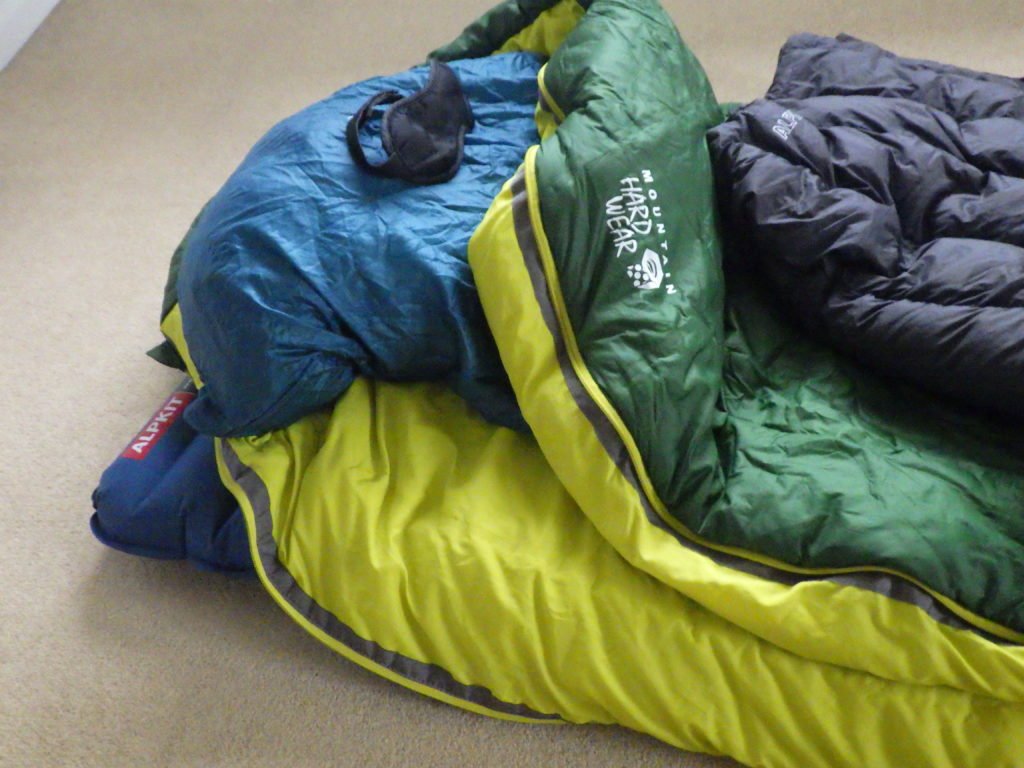 Still my preferred sleeping practice whilst on sea kayaking expeditions is to carry. 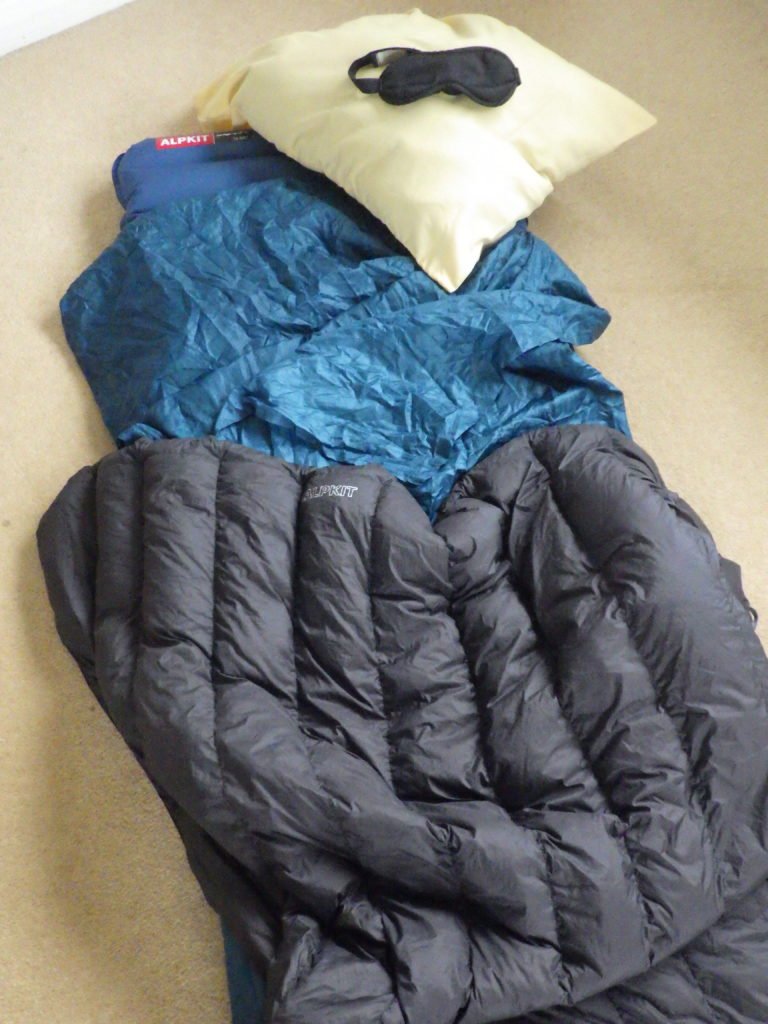 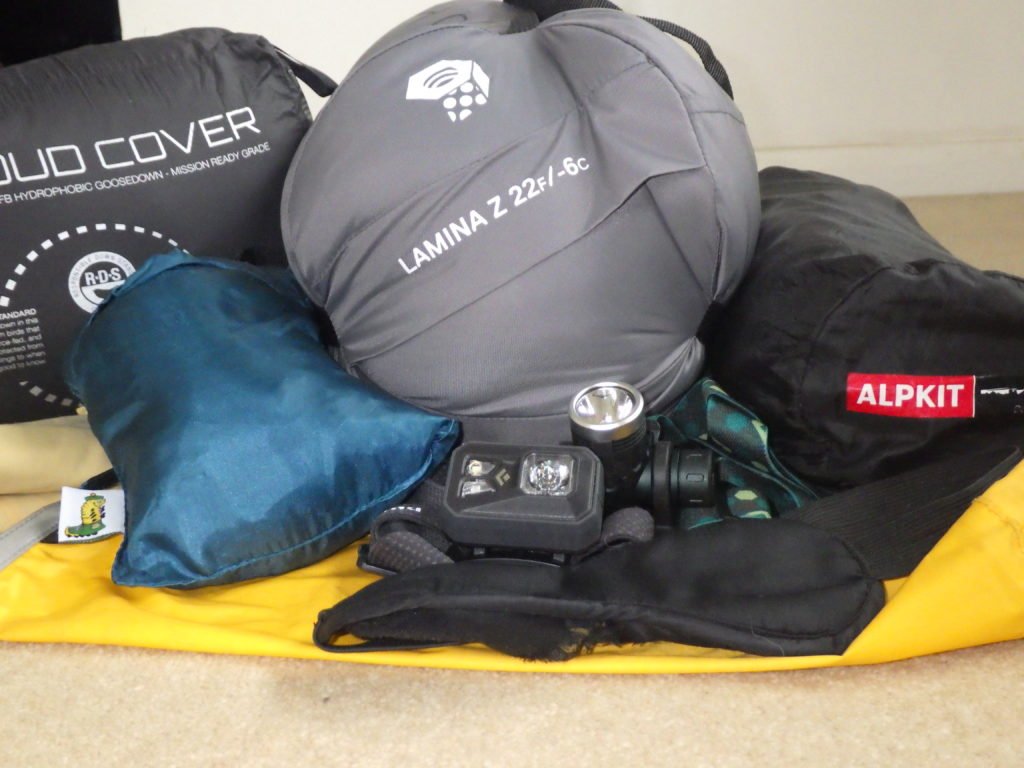 When packed all the above goes in, two dry bags and easily goes in through the hatch and pushes up nicely into the bow. 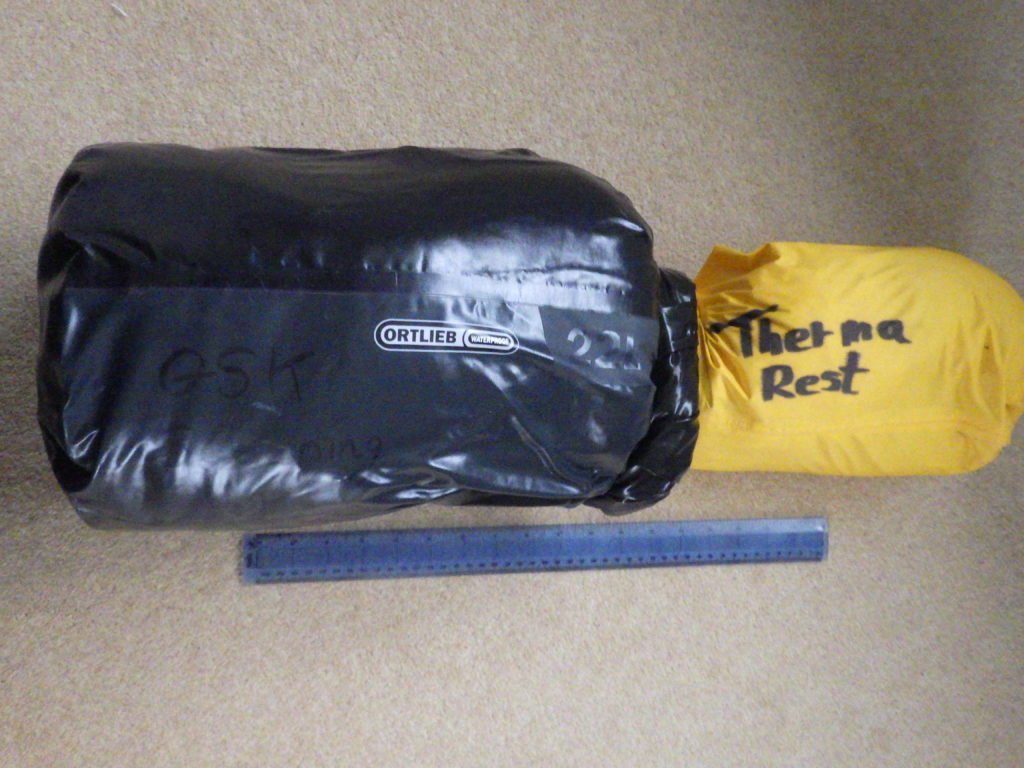 Total pack weight is approximately 2.6 kg but this provides lots of sleeping options from snug and comfy as the thermometer plunges to comfortable on a warm summers evening.  Whatever you decide to carry try to give yourself lots of options as the weather always varies and break down the dry bags to enable easy packing.

We use cookies to ensure that we give you the best experience on our website. If you continue to use this site we will assume that you are happy with it.OkPrivacy policy